Click Below to Learn More about the Beautiful Carson Valley 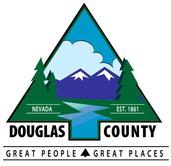 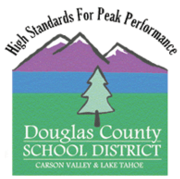 Douglas County, Nevada, is truly a wonderful place. From the Lake Tahoe basin to the Carson Valley floor, we are graced with the majestic presence of the Sierra Nevada, the dramatic views of Job's Peak, the clear blue waters of Lake Tahoe, the serene Pine Nut Mountains, and expansive agricultural lands.

Combined with a favorable climate, unlimited outdoor recreation, quality schools, and a healthy business environment, you have Douglas County! It's why people choose to move their businesses and families here - it's because of our quality of life.

MILES OF OPEN SPACE
Carson Valley stretches east from the foothills of the majestic Sierra Nevada’s Carson Range to the beautiful Pine Nut Mountains, and south from Carson City to Topaz Lake. Centrally located just 15 miles south of Nevada’s state capital and a 20-minute drive from Lake Tahoe, Carson Valley is recognized as the gem of Northern Nevada – a hidden jewel.


Here you can still find miles of open space, expansive ranches and farms, and many historical sites and displays, along with a wealth of outdoor recreation activities still unspoiled by the rapid growth Northern Nevada is experiencing today.

THE BEGINNING
John Reese settled Genoa, the oldest town in Nevada, in 1851. Within the main town square you’ll find Mormon Station State Historic Park, the Courthouse Museum of Genoa, and the Oldest Bar in Nevada. Within easy walking distance of any of the lodging establishments are boutique stores and shops, a general store, a winery, and restaurants, as well as an art gallery – all within the quiet, peaceful small town that is Genoa.

Gardnerville got its start in 1879, when Lawrence Gilman purchased the Kent House and had it moved from its location south of Genoa to a seven-acre parcel of land on the east fork of the Carson River.  There, near the site of what is today the J.T. Basque Bar and Dining Room, the building was converted to a hotel. A blacksmith shop and saloon were added. The hotel was the center of the hay- and grain-producing community that became Gardnerville, named for Gilman’s friend John Gardner.

H.F. Dangberg, Jr. established Minden in 1905 to fulfill his vision of a European-style planned community designed around a town square (Minden Park). Minden was named after a German town near the birthplace of Dangberg’s father, H.F. Dangberg, Sr., a pioneer in Carson Valley and founder of the Dangberg Land and Livestock Company. The V&T Railroad’s extension of a rail line to Carson Valley, with Minden as the terminus, was key to Dangberg’s plans for the town’s future. The railroad spurred the growth of Carson Valley into a hub of agriculture.

Located in the heart of Douglas County, Nevada, Carson Valley has changed from a small farming community to one of the fastest-growing areas in Nevada.